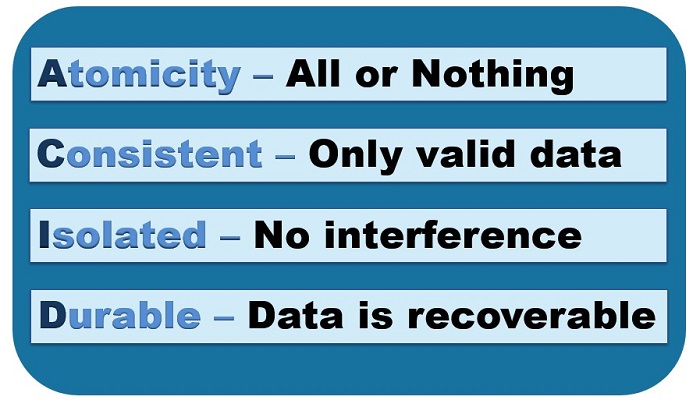 Transactions are used to ensure that a series of statements written to modify data will pass the ACID test that enforces the data integrity, accuracy, concurrency, and recoverability of the data in the database. The ACID properties of a transaction are…

Writing transactions and errors is discussed in the following post. Locks are covered in this post. For now, we will look at the theory of using transactions.

In this example, we see two UPDATE statements where $200 is being subtracted from account 1 and then $200 is being added to account 2.   Both statements  are considered to be two separate Auto Commit Transactions. When the main data file writes a checkpoint to the log file all statements that have been committed at the checkpoint will be written into the database. Which is fine if there are not any errors. However, if the first UPDATE  statement had an error it would not commit to the database, however, the second UPDATE statement would be committed and written to the database. This would cause inconsistent and incorrect data in our database. So we will add Explicit Transactions to our code.

Be the first to comment on "What are Transactions?"